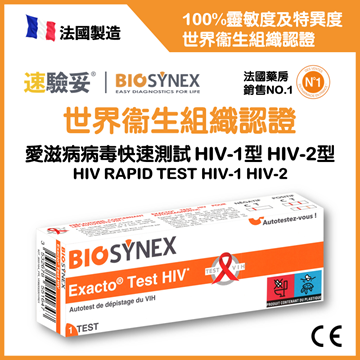 AIDS caused by Human Immunodeficiency Virus (HIV), The virus progressively destroys the immune system so that the body is unable to defend itself against illness. An HIV carrier may not have any symptoms and cannot be identified by any external features. AIDS can take 10 to 15 years to develop after the infection with HIV, most common route of transmission as following,

HIV can be detected through blood tests, The World Health Organisation recommends HIV self-testing as one option to make testing more accessible. Self-testing can be especially useful for people who do not want to go to a clinic or centre for testing and prefer the convenience and privacy to do it by themselves.

Window period is the period between the moment a person get infected with HIV and that when the antibody /antigen test shows a positive result. The window period for HIV testing is 3 months. During this period, the virus replicates rapidly in the infected person who becomes highly infectious and can transmit the virus to other people even though his HIV antibody / antigen test remains negative. A negative result still cannot exclude infection if the user has recent exposure in the previous 3 months. Suggest to purchase 2 boxes to repeat the test to achieve a more reliable test result.

**This product only available for in Hong Kong according to there are various registration requirements by different government, sorry for any inconvenience caused.**

HIV self test has undergone clinical assessments. A 99.9% correlation between this product and an ELISA laboratory test was observed.
A clinical study* performed in hospitals using capillary blood showed that the EXACTO® TEST HIV has a sensitivity of 100% and a specificity of 100%.
A practicability study conducted with a laymen population showed that 97.8% of participants obtained a correct and interpretable result. A readability study confirmed that 98% of the different types of results were interpreted correctly. Positive: If presence of Test band T, and presence of the Control band C, whatever their intensities.

Negative: If absence of Test band T and presence only of the Control band C, whatever its intensity.

Invalid: If the Control band C is missing: your test is NOT VALID, even if a Test band T appears. Please do another test. EXACTO® TEST HIV is merely an extra tool aimed at encouraging the screening of HIV infections.

Store in a dry place at a temperature between 2°C and 30°C. Do not freeze. 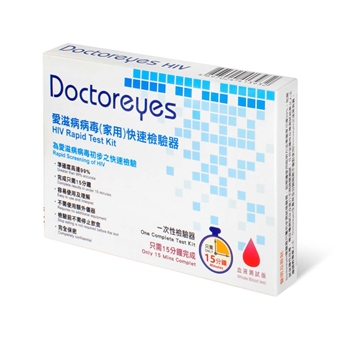 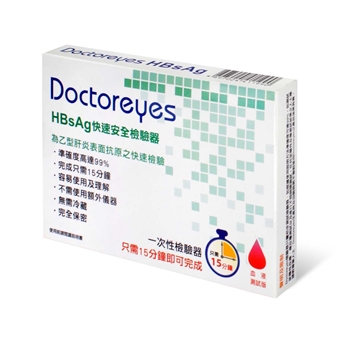 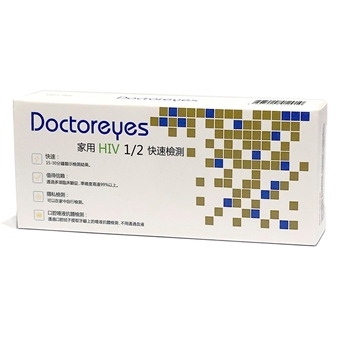 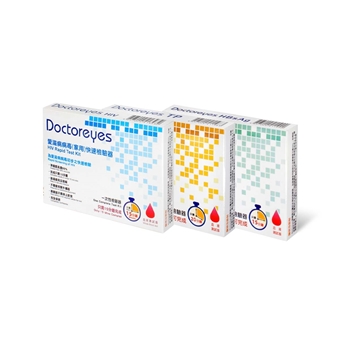 Doctoreyes HIV, Syphilis & Hepatitis B Rapid Test Kit Set
HK$718.0
Chi Shing Biotech (Doctoreyes) Company Limited
Details
×
fblogin
OR
If you submit your information, it will be deemed that you have read, consented to comply with our Terms of Use and Privacy Policy, and agree to receive flash deal offers, discount and latest product/ services promotions from our Company.
WhatsApp